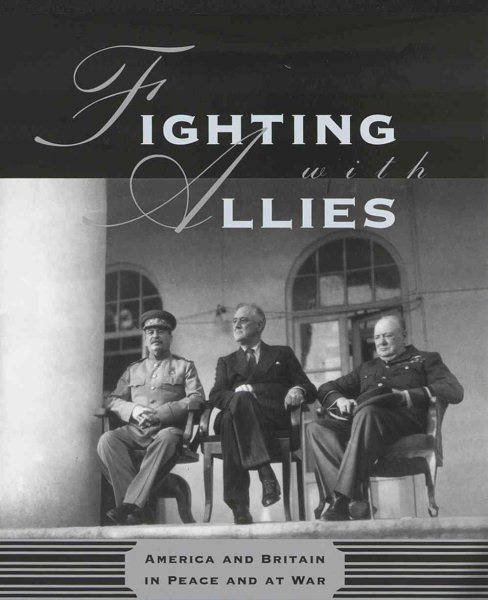 Chronicles the relations between the U.S. and Britain from the War of 1812 to Bosnia and profiles such leaders as Churchill, Thatcher, Roosevelt, Truman, and Kennedy Read More
There is a great myth that Britain and America have always been the closest of allies, standing side by side in times of trouble, helping each other unquestionably and with a shared sense of united destiny. In his grand Fighting with Allies, former British ambassador Sir Robin Renwick illuminates as never before the tensions and battles that have defined the Anglo-American "special relationship."Beginning in the early nineteenth century, Renwick goes behind the scenes to give us dramatic and revealing portraits of the personalities and events that have shaped the two nations. Drawing liberally on first-person accounts, private letters, and diaries, Renwick has crafted a narrative that manages to be intimate and personal even as it takes us through some of the most exciting and spectacular events of the past century and a half. Renwick's cast of characters is astonishing, and among those we meet are Rear Admiral George Cockburn, who burned the White House to the ground during the War of 1812; Theodore Roosevelt, who found intellectual inspiration in Rudyard Kipling; Woodrow Wilson, who declared America "too proud to fight"; Lloyd George, who patronized the Americans even as he began to realize that they would become the greater power; Franklin Roosevelt and Winston Churchill (himself half American), who brought the alliance together to face the greatest threat the world had ever known; Harry Truman, who found himself caught in a delicate balancing act between Stalin and Churchill; Clement Attlee, who defeated Churchill for the prime ministership and then, with Truman and Dean Acheson, helped preside over the formation of NATO and the reluctant transformation of British Palestine into the state of Israel; Dwight Eisenhower, whom Churchill blamed for the failure of Allied forces to occupy Berlin and Prague; Anthony Eden, who doubted America's capacities in international affairs; John F. Kennedy, whose close friendship with Harold Macmillan brought the alliance to a new stage; Harold Wilson, accused of servility toward Lyndon Johnson, whose Vietnam nightmare threatened relations; Richard Nixon, who correctly predicted Wilson's downfall only to find that Edward Heath saw British interests to be more with Europe than with America; Jimmy Carter, whose own foreign policy was crippled by internal debates and debacles; Margaret Thatcher, who found a soul mate in Ronald Reagan and helped the alliance reach its strongest point in decades; George Bush, who shifted America's focus from Britain to Europe; and Bill Clinton and John Major, both confronted with a bloody war in the Balkans and unsure how to deal with it. Read Less

Goodreads reviews for Fighting with Allies:: America and Britain in Peace and War