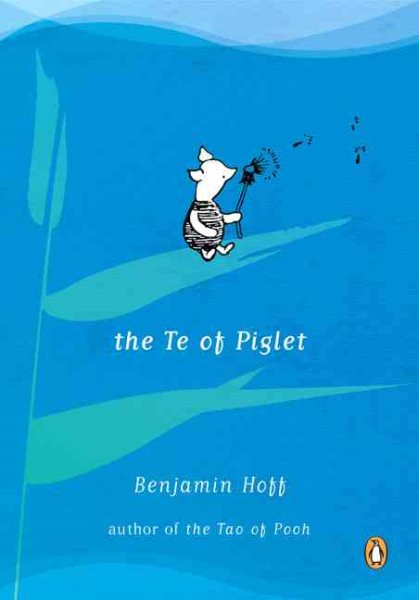 The author and the characters from the Pooh books engage in dialogue elucidating the Taoist principle of Te, the Way of the Small, a principle embodied in Piglet Read More
The Te of Piglet . . . in which a good deal of Taoist wisdom is revealed through the character and actions of A. A. Milne's Piglet. Piglet? Yes, Piglet. For the better than impulsive Tigger? or the gloomy Eeyore? or the intellectual Owl? or even the lovable Pooh? Piglet herein demonstrates a very important principle of Taoism: The Te--a Chinese word meaning Virtue--of the Small. Happy 90th birthday (October 14th), to one of the world's most beloved icons of  literature, Winnie-the-Pooh!  Read Less

Goodreads reviews for The Te of Piglet

The Tao of Pooh

The Te of Piglet (Winnie-the-Pooh)

The House on the Point: A Tribute to Franklin W. Dixon and T...