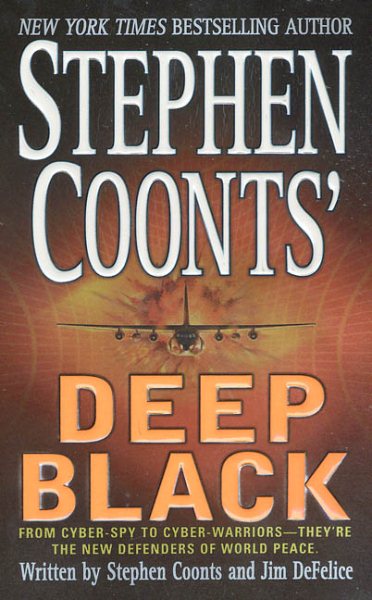 When a spy plane gathering information on a new Russian weapon is shot down by a mysterious MiG, Deep Black, the covert operations team of the National Security Agency, is sent to uncover the truth about the incident. Read More
In Stephen Coonts' Deep Black, a spy plane gathering data on a new Russian weapon is blown out of the sky by a mysterious MiG. Is it an accident or the start of the next world war? One U.S. agency has what it takes to find out-the National Security Agency and its covert operations team: DEEP BLACK.Working for the NSA, ex-Marine sniper Charlie Dean is dispatched to Russia, hooking up with former Delta Force trooper Lia DeFrancesca to find out what happened to the plane. The Deep Black team stumbles across an even more alarming secret-a plot to assassinate the Russian president and overthrow the democratic government by force. The coup could have dire consequences for Russia and the world. With no clearance from the government it's called on to protect, the National Security Agency goes to war. But before Lia and Dean can unravel the conspiracy, they learn that one of the spy plane's passengers-an NSA techie-survived the crash. Critical information could fall into enemy hands. And that enemy is playing to the death. Read Less