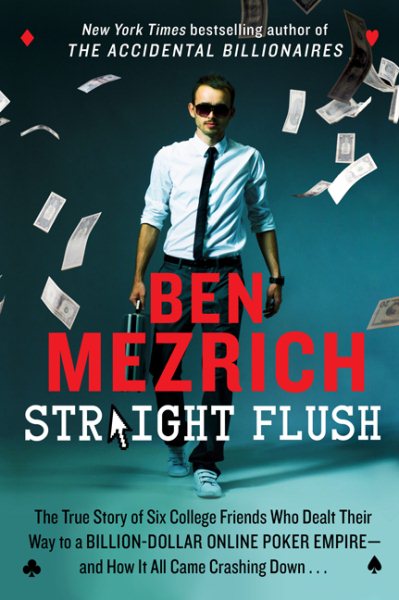 Follows a group of hard-partying fraternity brothers who turned a weekly poker game in the basement of a local Missoula bar into one of the largest online poker companies in the world--and who became fugitives on the run after the U.S. Department of Justice went after them. Read More
The larger-than-life true tale of how a few frat brothers from Montana turned a weekly poker game in a dive bar into one of the most lucrative online companies in historyased on extensive insider interviews, Ben Mezrich—bestselling author of The Accidental Billionaires and Bringing Down the House—chronicles the creation of AbsolutePoker.com, including the company&#39;s initial operations in the jungle paradise of Costa Rica where its founders lived an outrageous lifestyle of girls, parties, and money; and of the gray area of U.S. and international law in which they created an industry. Soon, the U. S. Department of Justice was gunning for them. . . . Should they fold—or double down and ride their hot hand? Impossible to put down, Straight Flush is an exclusive, never-before-seen look at one of the wildest business stories of the Internet age. Read Less

Goodreads reviews for Straight Flush: The True Story of Six College Friends Who Dealt Their Way to a Billion-Dollar Online Poker Empire--and How It All Came Crashing Down . . .

Bringing Down the House: The Inside Story of Six Mit Student...

Bringing Down the House: The Inside Story of Six M.I.T. Stud...

The Accidental Billionaires: The Founding of Facebook: A Tal...