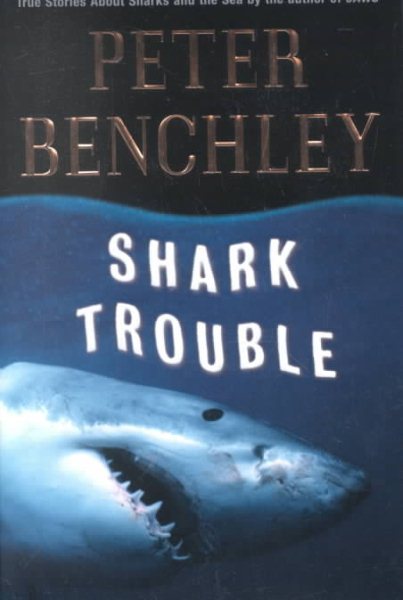 The author shares his experiences with and knowledge of the many types of sharks and other dangerous sea creatures, providing advice on how to be smart and stay safe in the ocean, and how to survive if danger suddenly strikes. Read More
Master storyteller Peter Benchley combines high adventure with practical information in Shark Trouble, a book that is at once a thriller and a valuable guide to being safe in, on, under, and around the sea. The bestselling author of Jaws, The Deep, and other works draws on more than three decades of experience to share information about sharks and other marine animals.“Shark attacks on human beings generate a tremendous amount of media coverage,” Benchley writes, “partly because they occur so rarely, but mostly, I think, because people are, and always have been, simultaneously intrigued and terrified by sharks. Sharks come from a wing of the dark castle where our nightmares live—deep water beyond our sight and understanding—and so they stimulate our fears and fantasies and imaginations.”Benchley describes the many types of sharks (including the ones that pose a genuine threat to man), what is and isn’t known about shark behavior, the odds against an attack and how to reduce them even further—all reinforced with the lessons he has learned, the mistakes he has made, and the personal perils he has encountered while producing television documentaries, bestselling novels, and articles about the sea and its inhabitants. He tells how to swim safely in the ocean, how to read the tides and currents, what behavior to avoid, and how to survive when danger suddenly strikes. He discusses how to tell children about sharks and the sea and how to develop, in young and old alike, a healthy respect for the ocean.As Benchley says, “The ocean is the only alien and potentially hostile environment on the planet into which we tend to venture without thinking about the animals that live there, how they behave, how they support themselves, and how they perceive us. I know of no one who would set off into the jungles of Malaysia armed only with a bathing suit, a tube of suntan cream, and a book, and yet that’s precisely how we approach the oceans.” No longer. Not after you’ve read Shark Trouble. Read Less