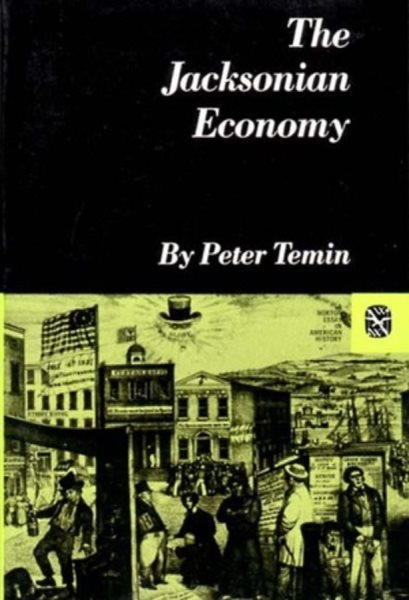 During the age of Jackson the nation experienced one of the worst depressions in its history. Read More
Arthur Schlesinger, Jr., Richard Hofstadter, and other have maintained that Andrew Jackson set off a chain reaction when he vetoed the recharter of the Second Bank of the United States in 1832. This interpretation holds that subsequent removal of deposits from the Bank led to unsound credit expansion and inflation, to unprecedented speculation in public land, to the Panic of 1837, and ultimately to the depression."Not true," write Professor Temin in this thoroughly researched and documented study which shatters the traditional interpretation of the 1830's. "Jackson's economic policies undoubtedly were not the most enlightened the country has ever seen, but they were by no means disastrous. The inflation and crisis of the 1930's had their origin in events largely beyond Jackson's control and probably would have taken place whether or not he had acted as he did. The economy was not the victim of Jacksonian politics; Jackson's policies were the victims of economic fluctuations." Read Less

The Vanishing Middle Class: Prejudice and Power in a Dual Ec...

Keynes: Useful Economics for the World Economy (The MIT Pres...

Taking Your Medicine: Drug Regulation in the United States