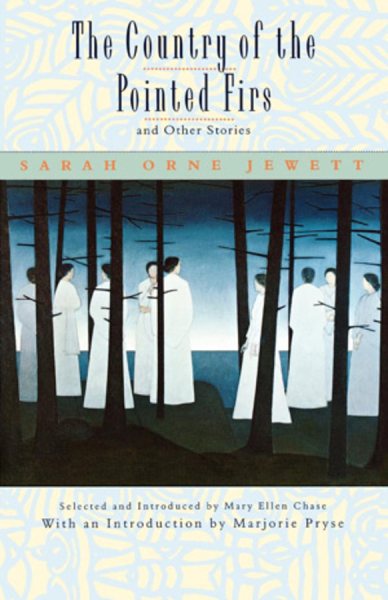 A collection of short stories describing life on the Maine coast Read More
This edition of The Country of the Pointed Firs makes the American classic available in the form in which it was originally published in 1896. An edition published after the author's death had incorporated three "Dunnett Landing" stories into the novel as additional chapters; these stories appear here in a separate section, along with a fourth story belonging to this group and four more tales. The four Dunnett Landing stories are "A Dunnett Shepherdess," "The Foreigner," "The Queen's Twin," and "William's Wedding"; the four additional tales are "A White Heron," "Miss Tempy's Watchers," "Martha's Lady," and "Aunt Cynthy Dallett." Here in the fictional town of Dunnett's Landing on the coast of Maine, Sarah Orne Jewett introduces people—now mostly women, as many of the town's men have been lost at sea or moved away in this era of whaling's decline—who have lived next to the sea for generations and seem to share its strength, silence and mystery. Read Less

Goodreads reviews for The Country of the Pointed Firs, and Other Stories

The Country of the Pointed Firs

The Country of the Pointed Firs and Other Stories