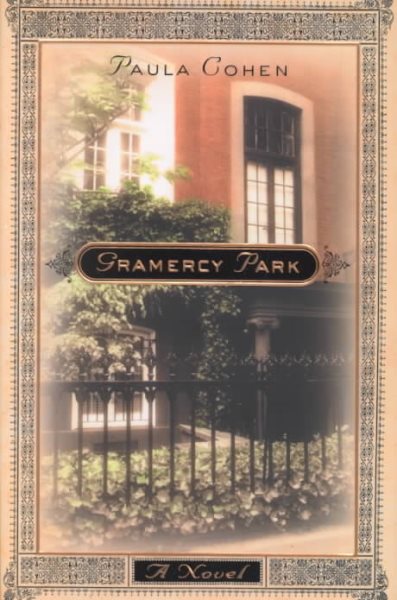 Mario Alfieri, the world's greatest tenor, arrives in New York City in 1894 for his Metropolitan Opera debut, but when a chance encounter with a beautiful woman results in a passionate love affair, Mario acquires a merciless enemy. Read More
New York City, 1894. To Gramercy Park, bordered by elegant town houses, cloistered behind its high iron fence, comes Mario Alfieri, the world's greatest tenor. Poised for his premier at the Metropolitan Opera, the summit of society, the handsome Alfieri needs a refuge from the clamor of New York's elite . . . and from the eager women who rule it. He finds it, he thinks, at Gramercy Park, in the elegant mansion of the recently deceased Henry Ogden Slade. The house is available . . . but not quite empty. Clara Adler, Slade's former ward, lives there still, friendless and alone. Who is this bewitching orphan? Why did Slade take her into his home, only to leave her penniless at his death? And what tragedies and terrors have left Clara little more than a pale and frightened ghost, haunting the deserted mansion? Mystified, then enchanted, Alfieri is soon involved in an intrigue that spans two decades and pits him against a vicious enemy who swears to destroy both him and the woman he loves . . . and whose weapon is a scandal that has already come close to killing Clara Adler. Read Less