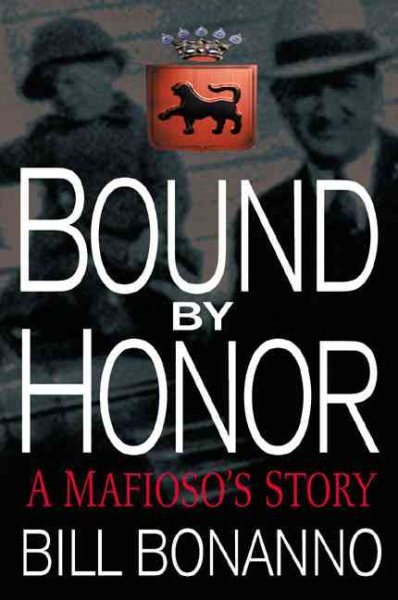 A former high-ranking leader in one of America's most prominent crime families takes readers on a journey into the violent, chaotic world he had called his own, offering a profile of New York's Five Families and their operations Read More
No one can tell the true story of the Mafia in America better than Bill Bonanno. He was there. He lived it. Bill Bonanno was born into a world of respect, tradition, and honor. The son of legendary mafioso Joe Bonanno, Bill was a "made" member of the Mafia by the time he was in his early twenties. He was rumored to be the model for The Godfather's Michael Corleone and was the subject of Gay Talese's best-selling Honor Thy Father.Now retired, Bill is finally ready to give an eyewitness account of his life as a high-ranking captain in the Bonanno crime family, one of America's most powerful Mafia syndicates. He takes you inside the mob at its peak, when New York's Five Families-Bonanno, Gambino, Colombo, Lucchese, and Genovese-not only dominated local businesses, but also controlled national politics. For the first time, Bill Bonanno discloses the machinations behind his marriage to Rosalie Profaci (niece of the powerful don Joe Profaci), and even that cemented the alliance between the two Families with all the pomp and circumstance of a royal wedding. From the truth about the mysterious disappearance of his father to a startling disclosure about he mob's participation in the Kennedy assassination, Bill Bonanno lays bare the inner workings of his chaotic, violent, and surprisingly human world with unparalleled detail and insight. Bound By Honor not only recounts Bill Bonanno's tumultuous life, but also is an engrossing chronicle of organized crime. Bonanno's story provides a remarkable glimpse into all of the intriguing personalities of the underworld of yesterday to today, from Bugsy Siegel to John Gotti.This book is a must for readers of Mario Puzo, Gay Talese, Nicholas Pileggi, and others who have written abut the Mafia, but who have never been in the eye of the storm in quite the same way as Bill Bonanno in Bound By Honor. Read Less

Goodreads reviews for Bound by Honor: A Mafioso's Story

Atlanta and the Cuban Five: A Long March Towards Justice