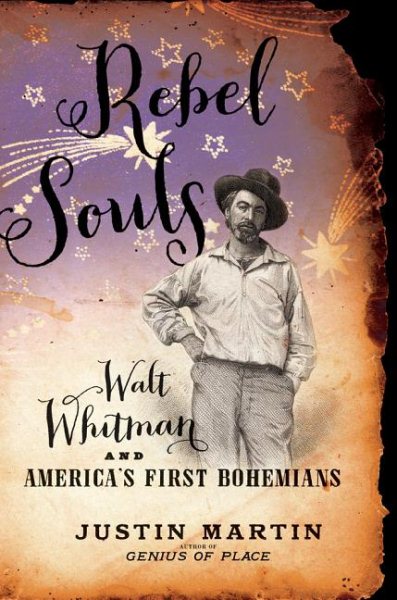 Brilliant portrait of a time and place that launched American Bohemia and liberated the genius of Walt Whitman Read More
Designed for general readers of historical nonfiction, this book centers on the circle of rebellious writers, performers, and experimenters that gathered in Pfaff's Saloon in New York City in the years before the Civil War. It is more a history of the times than a biography of the people, as seen through Walt Whitman, Artemus Ward, Ada Clare, Edwin Booth, Ralph Waldo Emerson, Alfred Bierstadt, Mark Twain, and others less remembered but just as interesting, as well as those connected with them. They were called the American Bohemians. The author takes readers through such events as the marriage of famous performing artist Adah Menken to a famous prizefighter, the inauguration and assassination of Abraham Lincoln, the publication of Leaves of Grass, the Wild West road-trip of a journalist and a painter to visit buffalo herds and Mormon prophets, and the Civil War. The book gives readers a strong sense of a circle not unlike the Brat Pack, the Psychedelics, or the Beats (but with more of a place for women), in a time where stand-up comedy, poetry, theatre, reporting, and drug experiments all influenced the famous events of the 19th century. The book shows how, before mass media, radical art was a real force in both politics and popular culture, and how much of it was made by people whose ways of living, thinking, and loving would later be erased from the history books. The book is expertly and dramatically written. It is also solidly researched, and will be useful to scholars interested in the history of modern writing and performance, US history, or 19th century social history; the author steers a clear course between whitewashing underground history and exploiting it. There is a center section of photographs, and an end section of short biographies of most of the people in the book. Annotation ©2014 Ringgold, Inc., Portland, OR (protoview.com) Read Less

Keep Curious And Carry A Banana: Words of Wisdom from the Wo...