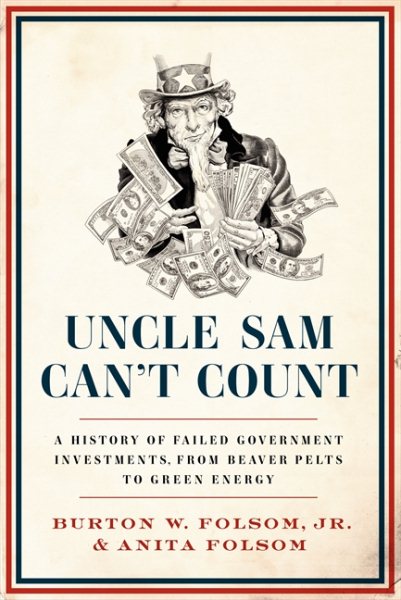 Drawing on examples of past and present government failures, a survey of conservative economic history doubles as a critique of government investment, demonstrating why business should be left exclusively to private entrepreneurs. Read More
Drawing on examples from the nation's past and present&apos;the fur trade to railroads, cars and chemicals, aviation to Solyndra&apos;Uncle Sam Can't Count a sweeping work of conservative economic history that explains why the federal government cannot and should not pick winners and losers in the private sector, including the Obama administration.From the days of George Washington through World War II to today, government subsidies have failed dismally argue Burt and Anita Folsom. Draining the Treasury of cash, they impede economic growth, and hurt the very companies receiving aid.Why does federal aid seem to have a reverse Midas touch? As the Folsoms reveal, federal officials don't have the same abilities or incentives as entrepreneurs. In addition, federal control always equals political control of some kind. What is best for politicians is not often what works in the marketplace. Politicians want to win votes, and they can do so by giving targeted CEOs benefits while dispersing costs to others.Filled with examples of government failures and free market triumphs, from John Jacob Astor to the Wright Brothers, World War II amphibious landing craft to Detroit, Uncle Sam Can't Count is a hard-hitting critique of government investment that demonstrates why business should be left exclusively to private entrepreneurs. Read Less

What Happens When I Die?: A Promise of the Afterlife