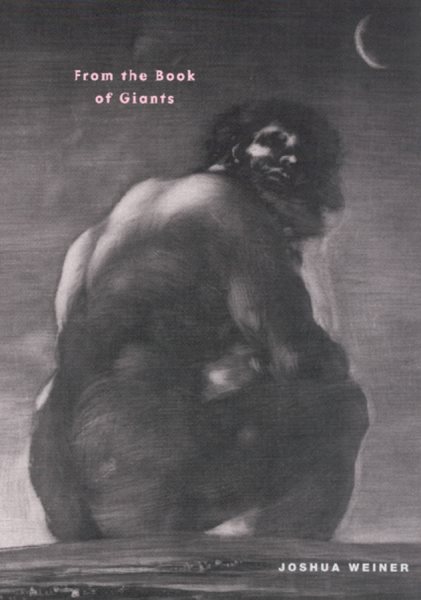 Song for Thom Gunn ... Read More
Song for Thom Gunn There is no east or westin the wood you fear and seek,stumbling past a gate of mossand what you would not take. And what you thought you had(the Here that is no rest)you make from it an aidto form no east, no west. No east. No west. No needfor given map or bell,vehicle, screen, or speed.Forget the house, forget the hill. Taking its title from a set of writings found in the Dead Sea Scrolls, From the Book of Giants retunes the signal broadcast from these ancient fragments, transmitting a new sound in the shape of a Roman drain cover, in imitations of Dante and Martial, in the voice of a cricket and the hard-boiled American photographer Weegee, in elegies both public and personal, and in poems that range from the social speech of letters to the gnomic language of riddles. Out of poetry’s “complex of complaint and praise,” Joshua Weiner discovers, in one poem, his own complicity in Empire during his son’s baseball game at the White House. In another, an embroidered parrot sings a hermetic nursery rhyme to an infant after 9/11. Read Less

Goodreads reviews for From the Book of Giants (Phoenix Poets)