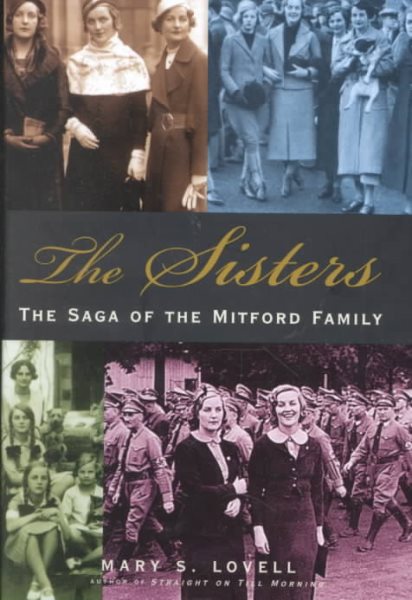 A portrait of the Mitford sisters follows Jessica, a communist; Debo, the Duchess of Devonshire; Nancy, a best-selling novelist; Diana, who was the most hated woman in England; and Unity, who was obsessed with Adolf Hitler. Read More
They were beautiful, brilliant, gloriously eccentric, and their humor was legendary. Everything was perfect, except for their politics. This is the story of a close, loving family splintered by the violent ideologies of Europe between the wars. Jessica was a Communist; Debo became the Duchess of Devonshire; Nancy, the eldest, was one of the best-selling novelists of her day; the ethereally beautiful Diana, married to the Fascist leader Sir Oswald Mosley and imprisoned without trial through most of World War II, was the most hated woman in England; Unity Valkyrie Mitford, born in the mining town of Swastika, Alaska, would become obsessed with Adolf Hitler, whom she met on at least 140 occasions. When war was declared between England and Germany, she shot herself in the head. The Mitfords had style, presence, and were extremely gifted: four would go on to write best-selling books. Above all, they were funnyhilariously and often mercilessly so. In this wise, evenhanded, and generous book, Mary Lovell captures the vitality and extraordinary drama of a family that took the twentieth century by the throat and became, in some respects, its victims. 16 pages of b/w photographs. Read Less

Goodreads reviews for The Sisters: The Saga of the Mitford Family

The Sound of Wings Story of Amelia Earhart

The Sisters: The Saga of the Mitford Family

Straight on Till Morning: The Life of Beryl Markham