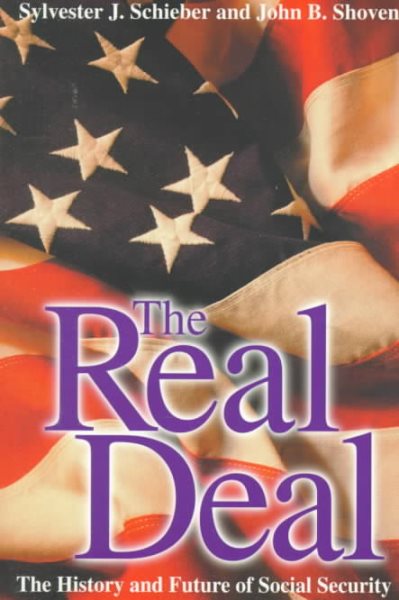 Will the Social Security system founder as millions of baby boomers enter their retirement y... Read More
Will the Social Security system founder as millions of baby boomers enter their retirement years? Is the frightening vision of an impoverished old age a glimpse into the real future for Americans of the next generation? The authors of this book put debates about Social Security reform into historical perspective, consider various reform ideas, and elaborate a proposal to ensure that the system can continue to meet the claims of the retired and the disabled. Sylvester J. Schieber and John B. Shoven, leading experts on retirement issues, set forth a carefully considered plan to change the way we finance Social Security and thereby secure its future viability.Exploring the history of the Social Security system from its origins during the Depression to its current troubled prospects, Schieber and Shoven analyze the program’s economic structure and introduce the remarkable personalities who influenced its evolution. The authors show how Social Security today differs from the program Franklin D. Roosevelt envisioned and how the shift to pay-as-you-go funding has led to the system’s current problems. Seen in historical context, some reform approaches are revealed as a renewal of attempts to fund Social Security through means that have repeatedly failed. The authors argue for mandatory private retirement savings accounts for workers—a proposal that would lighten retirement security burdens for future generations, avoid tax increases, and preserve the system’s progressivity. This book is essential reading not only for policymakers but for anyone else who wishes to understand what Social Security reform will mean for us as a nation and as individuals. Read Less

Goodreads reviews for The Real Deal: The History and Future of Social Security

By Shoven, John B.

Putting Our House in Order: A Guide to Social Security and H...