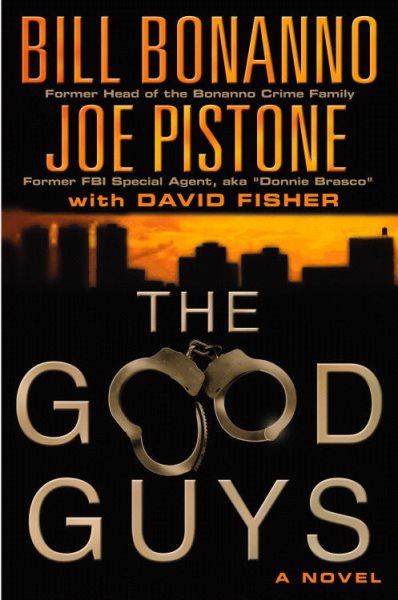 In a collaboration between the former head of the Bonanno crime family and a former undercover FBI special agent, a member of the mafia and a police officer who has infiltrated its family embark on a high-stakes adventure from alternating perspectives. Read More
* Chain-smoking Mickey Fists isn't sure if he's an "addict" or an "attic." * The Freemont Avenue Social Club is on Elizabeth Street in Little Italy. So are the best wiretaps FBI money can buy. * Skinny Al weighed 320 pounds and lived life to the fullest...until someone burned out his eardrums and shot his body full of holes. Hundreds of writers have tried to capture life inside the mob, but no one has ever had the inside access to write a book like this one. Drawing on the firsthand experience of former undercover FBI agent Joe Pistone-aka Donnie Brasco-as well as former Mafia prince Bill Bonanno, The Good Guys straddles both sides of the law, races relentlessly through the New York City underworld, and crackles with characters and moments so vivid they will never let you go. At Columbia University, a professor of Russian literature has gone missing. A few miles and light-years away, Little Eddie LaRocca and Bobby San Filippo are on the move-dealing in everything from hot-sheet hotels to bootleg Fuji film. When the hoods are sent to find the professor, they find out that someone else is looking, too. Beautiful FBI agent Laura Russo is making her preppy partner's head spin. She knows the missing man is important-and somehow connected to a recent mob hit. While Eddie and Bobby are fighting their way through ugly deeds and pretty coeds, these feds will cook up some business of their own, turning a little disagreement among criminals into an all-out war... Capturing the organized crime world of the go-go '80s, Pistone and Bonanno's one-of-a-kind collaboration is bad to the bone-and as marvelously authentic as it gets. Read Less

Goodreads reviews for The Good Guys

Donnie Brasco: My Undercover Life in the Mafia - A True Stor...