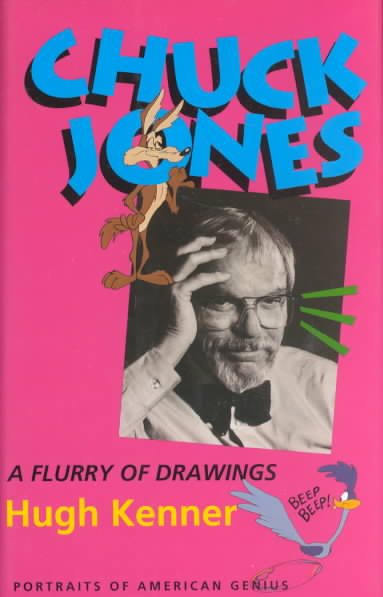 "A comic genius, up there with Keaton and Mack Sennett. I thank him for teaching me so much about breaking all the laws of physics . . . just for the joy of it."--Steven Spielberg Read More
Creator of the monomaniacal Wile E. Coyote and his endlessly elusive prey, the Road Runner, Chuck Jones has been responsible for many classics of animation featuring Bugs Bunny, Daffy Duck, Porky Pig, and Elmer Fudd. Hugh Kenner, master wordsmith and technophile, reveals in cartoon-like sequences the irrepressible humor and profound reflection that shape Chuck Jones's work.Kenner also x-rays the inner world of cartooning, from its beginnings as a technological innovation, through its heyday as six-minute full-animation shorts for the movies, to its eventual shift to television, where Jones animated features such as The Grinch Who Stole Christmas and Rikki Tikki Tavi.Unlike Walt Disney, Chuck Jones and his fellow animators at Warner Bros. were not interested in cartoons that mimicked reality. Instead, they pursued the reality of the imagination, the Toon world where believability is more important than realism and where movement is the ultimate aesthetic arbiter. By describing the erudition and kinetic humor in great works like What's Opera, Doc? and Duck Dodgers in the 24 1/2 century, Hugh Kenner offers a new understanding not only of cartooning culture but also of art's relationship to technology, criticism, freedom, and imagination. Read Less

Goodreads reviews for Chuck Jones: A Flurry of Drawings (Portraits of American Genius)