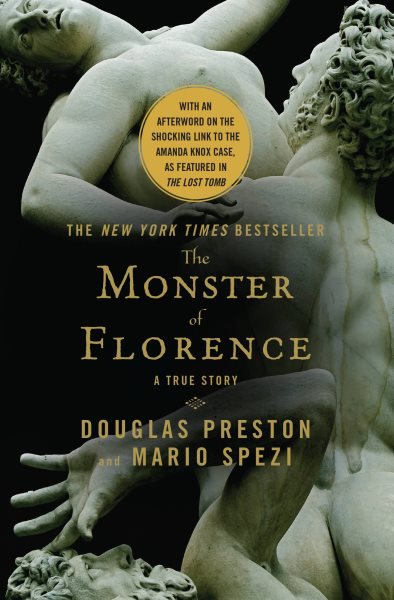 Documents the author's discovery that his new family home in Florence had been the scene of a double murder, his relationship with the investigative journalist co-author, and how they both became targets of the police investigation into the murders. Read More
In the nonfiction tradition of John Berendt and Erik Larson, the author of the #1 NYT bestseller The Lost City of the Monkey God presents a gripping account of crime and punishment in the lush hills surrounding Florence as he seeks to uncover one of the most infamous figures in Italian history. In 2000, Douglas Preston fulfilled a dream to move his family to Italy. Then he discovered that the olive grove in front of their 14th century farmhouse had been the scene of the most infamous double-murders in Italian history, committed by a serial killer known as the Monster of Florence. Preston, intrigued, meets Italian investigative journalist Mario Spezi to learn more. This is the true story of their search for--and identification of--the man they believe committed the crimes, and their chilling interview with him. And then, in a strange twist of fate, Preston and Spezi themselves become targets of the police investigation. Preston has his phone tapped, is interrogated, and told to leave the country. Spezi fares worse: he is thrown into Italy's grim Capanne prison, accused of being the Monster of Florence himself.Like one of Preston's thrillers, The Monster of Florence, tells a remarkable and harrowing story involving murder, mutilation, and suicide-and at the center of it, Preston and Spezi, caught in a bizarre prosecutorial vendetta. Read Less

Goodreads reviews for The Monster of Florence

The Lost City of the Monkey God: A True Story