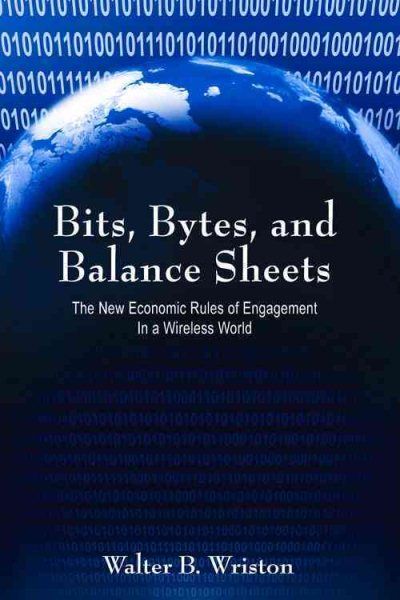 Explores consequences of changes produced by the new economy of the Internet and examines initiatives to create a measuring system for valuing assets within new economic realities. Read More
The Internet has changed everything. It is altering the way institutions, both public and private, are managed, and the way individuals react to one another, their workplace, and their government. From an economic and business perspective, the race to win is between those who "get it" and those who don't. In Bits, Bytes, and Balance Sheets, Walter Wriston explores the consequences of the changes produced by the new economy of the Internet, defining the new rules and examining some of the promising initiatives under way to create a system of measuring and valuing assets that reflects our new economic realities.A long-awaited follow-up to the author's Twilight of Sovereignty, this book shows that, in today's economy, intellectual capital is more important than physical capital—and in fact, the very source of wealth and how it is created has changed—and that businesses must adapt to this change or perish. Although he acknowledges that some of the "old" rules—those based on human nature rather than economic dogma—still apply today, Wriston also shows how the information revolution has radically affected business and government practices, as well as political policymaking throughout the world.Despite the sweeping changes brought about by the "wireless revolution," the author argues against increased government regulation, instead making the case that we must count on a society of trustworthy people, and that it is not more laws that should form the basis for regulating the new economy but the personal ethics of good people. Read Less

Goodreads reviews for Bits, Bytes, and Balance Sheets: The New Economic Rules of Engagement in a Wireless World

The Twilight of Sovereignty : How the Information Revolution...

By Wriston, Walter B.