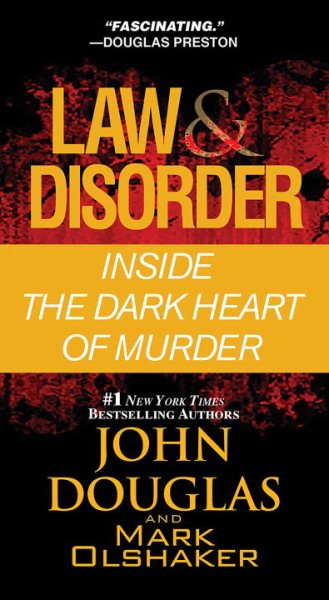 The FBI's pioneer of criminal profiling reflects on his forty-year career during which he pursued and studied such criminals as Charles Manson and David Berkowitz and devoted his time to helping the wrongfully convicted. Read More
"Fascinating." --Douglas PrestonJohn Douglas is. . ."The FBI's pioneer and master of investigative profiling." &apos;Patricia Cornwell"At his best describing terrible crimes." &apos;Houston Chronicle"A real genius." &apos;Entertainment Weekly"At the top of his form." &apos;James PattersonIt is mankind's most abominable crime: murder. No one is better acquainted with the subject and its wrenching challenges than John Douglas, the FBI's pioneer of criminal profiling, and the model for Agent Jack Crawford in The Silence of the Lambs. In this provocative and deeply personal book, the most prominent criminal investigator of our time offers a rare look into the workings not only of the justice system--but of his own heart and mind. Writing with award-winning partner Mark Olshaker, Douglas opens up about his most notorious and baffling cases--and shows what it's like to confront evil in its most monstrous form. "Douglas can claim a rare authenticity regarding the evil that men do." --Kirkus Reviews"A fascinating and, at times, graphic tour of the criminal mind." --Library JournalIncludes dramatic photos Read Less

Goodreads reviews for Law & Disorder: Inside the Dark Heart of Murder

The Anatomy of Motive