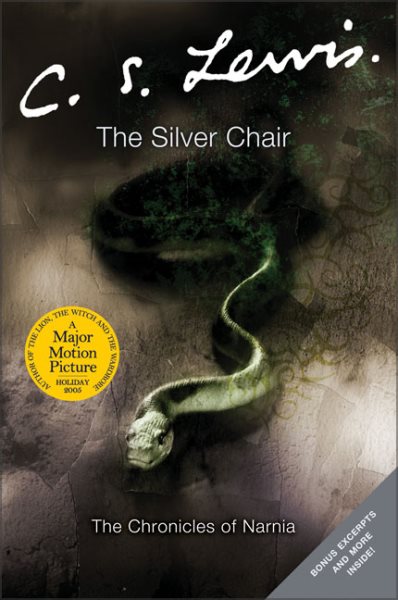 Two English children undergo hair-raising adventures as they go on a search and rescue mission for the missing Prince Rilian, who is held captive in the underground kingdom of the Emerald Witch. Read More
There are a thousand stories in the land of Narnia, and the first is about to be told in an extraordinary motion picture, The Chronicles of Narnia: The Lion, the Witch and the Wardrobe, from Walt Disney Pictures and Walden Media. In the never-ending war between good and evil, The Chronicles of Narnia set the stage for battles of epic proportions. Some take place in vast fields, where the forces of light and darkness clash. But other battles occur within the small chambers of the heart and are equally decisive. Journeys to the ends of the world, fantastic creatures, betrayals, heroic deeds and friendships won and lost -- all come together in an unforgettable world of magic. So step into Underland in search of a lost prince. The sixth volume in The Chronicles of Narnia® The Silver Chair Narnia ... where giants wreak havoc ... where evil weaves a spell ... where enchantment rules. Through dangers untold and caverns deep and dark, a noble band of friends are sent to rescue a prince held captive. But their mission to Underland brings them face-to-face with an evil more beautiful and more deadly than they ever expected. Read Less

He Who Flees The Lion, A Novel.