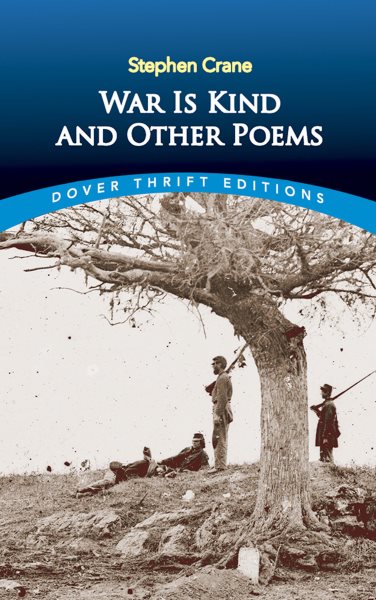 Excellent anthology features nearly all of Stephen Crane's verse, from two complete books of poems — The Black Riders and Other Lines and War Is Kind — to a selection of uncollected poetic works. Read More
A unique stylist and one of the most innovative and talented writers of his generation, Stephen Crane (1871–1900) won lasting fame as a novelist (The Red Badge of Courage, Maggie: A Girl of the Streets) and short story writer. Described by William Dean Howells as a writer whose genius seemed to "spring to life fully armed," Crane also produced impressive free-form verse. This excellent anthology contains nearly all of Crane's verse, including two complete books of poems: The Black Riders and Other Lines, which garnered immediate praise; and War Is Kind, ablaze with vivid imagery. Here, too, are rewarding selections from his uncollected poetic works. Thought by some critics to anticipate the Imagist movement of the twentieth century, Crane's poems are usually brief, cadenced, and rhymeless, rich in drama and symbolism, and spiritually penetrating. Read Less

Maggie and Other Stories