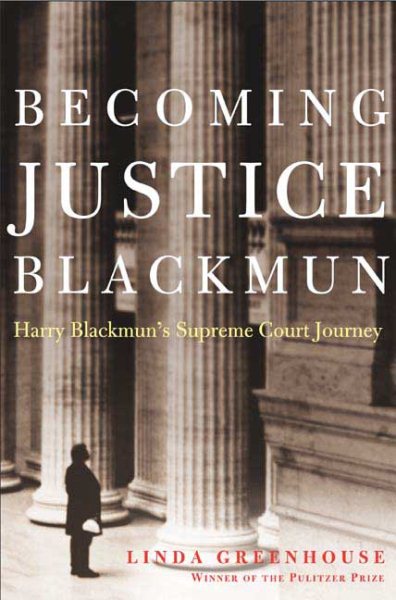 Reveals the workings of the U.S. Supreme Court, as seen through the eyes and writings of Justice Harry A. Blackmun, as he reflects on issues including the death penalty, abortion, and sex discrimination. Read More
A Pulitzer Prize-winning correspondent with unprecedented access to the inner workings of the U.S. Supreme Court chronicles the personal transformation of a legendary justiceFrom 1970 to 1994, Justice Harry A. Blackmun (1908-1999) wrote numerous landmark Supreme Court decisions, including Roe v. Wade, and participated in the most contentious debates of his era-all behind closed doors. In Becoming Justice Blackmun, Linda Greenhouse of The New York Times draws back the curtain on America's most private branch of government and reveals the backstage story of the Supreme Court through the eyes and writings of this extraordinary justice.Greenhouse was the first print reporter to have access to Blackmun's extensive archive and his private and public papers. From this trove she has crafted a compelling narrative of Blackmun's years on the Court, showing how he never lost sight of the human beings behind the legal cases and how he was not afraid to question his own views on such controversial issues as abortion, the death penalty, and sex discrimination. Greenhouse also tells the story of how Blackmun's lifelong friendship with Chief Justice Warren E. Burger withered in the crucible of life on the nation's highest court, revealing how political differences became personal, even for the country's most respected jurists.Becoming Justice Blackmun, written by America's preeminent Supreme Court reporter, offers a rare and wonderfully vivid portrait of the nation's highest court, including insights into many of the current justices. It is a must-read for everyone who cares about the Court and its impact on our lives. Read Less

How to Win Friends & Influence People