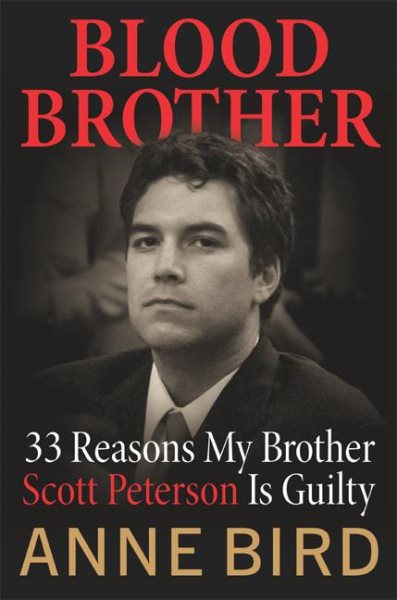 Scott Peterson's sister describes her relationship with Scott and Laci, the police investigation following Laci's murder, and her growing suspicions regarding Scott's guilt. Read More
What happens if, after being given up for adoption in childhood, you reestablish contact with your biological family - only to discover that your newfound brother is a killer? Anne Bird, the sister of Scott Peterson, knows firsthand.Soon after her birth in 1965, Anne was given up for adoption by her mother, Jackie Latham. Welcomed into the well-adjusted Grady family, she lived a happy life. Then, in the late 1990s, she came back into contact with her mother, now Jackie Peterson, and her family - including Jackie's son Scott Peterson and his wife, Laci. Anne was welcomed into the family, and over the next several years she grew close to Scott and especially Laci. Together they shared holidays, family reunions, and even a trip to Disneyland. Anne and Laci became pregnant at roughly the same time, and the two became confidantes.Then, on Christmas Eve 2002, Laci Peterson went missing - and the happy facade of the Peterson family slowly began to crumble. Anne rushed to the family's aid, helping in the search for Laci, even allowing Scott to stay in her home while police tried to find his wife. Yet Scott's behavior grew increasingly bizarre during the search, and Anne grew suspicious that her brother knew more than he was telling. Finally she began keeping a list of his disturbing behavior. And by the time Laci's body - and that of her unborn son, Conner - were found, Anne was becoming convinced: Her brother Scott Peterson had murdered his wife and unborn child in cold blood.Filled with news-making revelations and intimate glimpses of Scott and Laci, the Peterson family, and the investigation that followed the murder, Blood Brother is an account of how long-dormant family ties dragged one woman into one of the most notorious crimes of our time. Read Less

What Works on Wall Street: A Guide to the Best-Performing In...