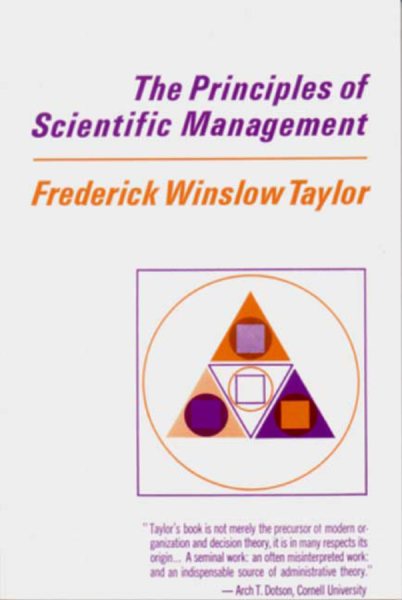 "This book is not merely the precursor of modern organization and decision theory, it is in many respects its origin. . . . A seminal work: an often misinterpreted work: and an indipensable source of administrative theory." —Arch T. Dodson, Cornell University Read More
This brief essay by the founder of scientific management has served for nearly a century as a primer for administrators and for students of managerial techniques. Although scientific management was developed primarily as a system for increasing productivity in industry, its principles have been applied to all kinds of large-scale enterprises, including operations with departments and agencies of the federal government. It is in this volume that Frederick Winslow Taylor gave the theory of scientific management its clearest airing.Born in 1856, Taylor began work at age eighteen as an apprentice to a pattern-maker and as a machinist. A few years later he joined the Midvale Steel Company as a laborer, and in eight years rose to chief engineer. During this time he developed and tested what he called the "task system," which became known as the Taylor System and eventually as scientific management. He made careful experiments to determine the best way of performing each operation and the amount of time it required, analyzing the materials, tools, and work sequence, and establishing a clear division of labor between management and workers. His experiments laid the groundwork for the principles that are expounded in this essay, which was first published in 1911. Read Less

Goodreads reviews for The Principles of Scientific Management

The Principles Of Scientific Management

The Principles of Scientific Management

Geological Survey of Ohio Report of Progress in 1870