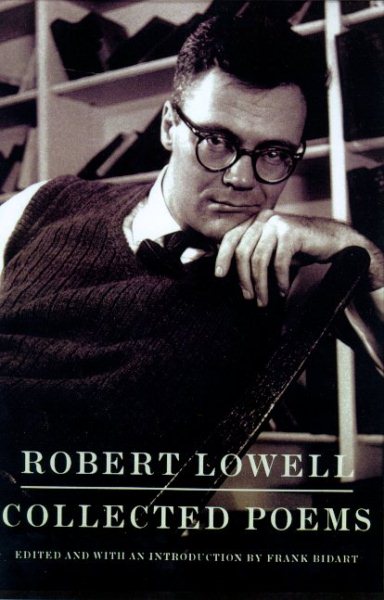 The first full collection of Robert Lowell's work introduces readers to the literary genius of the nation's most important postwar poet, including several never-before-anthologized poems. Read More
For the first time, the collected poems of America's preeminent postwar poetEdmund Wilson wrote of Robert Lowell that he was the "only recent American poet--if you don't count Eliot--who writes successfully in the language and cadence and rhyme of the resounding English tradition."Frank Bidart and David Gewanter have compiled a definitive edition of Lowell's poems, from the early triumph of Lord Weary's Castle, winner of the Pulitzer Prize, to the brilliant willfulness of his Imitations of Sappho, Baudelaire, Rilke, and other masters, to the late spontaneity of his History, winner of another Pulitzer, and of his last book of poems, Day by Day. The book will also include several poems never previously collected, as well as a selection of Lowell's intriguing drafts.As poet and critic Randall Jarrell said, "You feel before reading any new poem of his the uneasy expectation of perhaps encountering a masterpiece."Lowell's Collected Poems will offer the first opportunity to view the entire range of his astonishing verse. Read Less

ALL-NEW OFFICIAL HANDBOOK OF THE MARVEL UNIVERSE A-Z #5 (of...