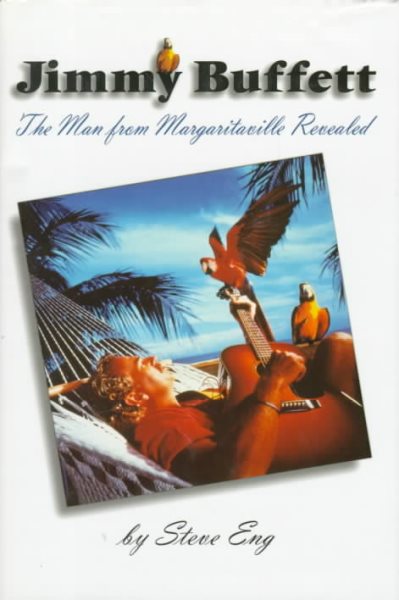 Details the life of Jimmy Buffett from Mobile, Alabama, where he loafed around only wanting to play music, to his move to Nashville and his many attempts at getting record contracts Read More
The life and amazing career of the Parrot Head himself is told in toto: from Jimmy's sea-going forefathers, to Mobile, Alabama, where he spent his youth, loafing around, drifting, wanting only to play music, to the University of Southern Mississippi, where he majored in history and journalism. Then the hero's journey to Nashville, where after scraping around town, he finally hits.Jimmy landed his Nashville deal with Barnaby Records; his first album sold 324 copies. Other record companies turned him down twenty-six times. Today his fans buy around 400,000 albums a year. His concerts draw more than a million fans. This is a detailed, in-depth, and illuminating study of the life of Jimmy Buffett: an American performer. Read Less

Goodreads reviews for Jimmy Buffett The Man From Margaritaville Revealed

A Satisfied Mind: The Country Music Life of Porter Wagoner

All I Really Need to Know I Learned in Kindergarten: Uncommo...