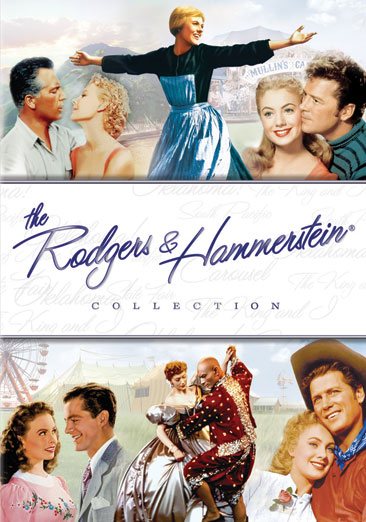 Box Set featuring six classic Rodgers and Hammerstein musicals: State Fair, Oklahoma, Carousel, The King and I, South Pacific and The Sound of Music. Read More
Carousel: A carny barker falls in love with a naive millworker but can't change his wild ways; The King & I: British schoolteacher Anna goes to Siam to teach the King's many children English and in the process forms a close but adversarial relationship with the King; Oklahoma!: Laurie and Curly are in love but the unwanted advances of Jud get in the way of their budding romance; The sound of music: A young novice, uncertain about becoming a nun, becomes governess to seven children of an autocratic ex-naval captain; South Pacific: Musical about the lives of sailors and nurses stationed on a Pacific island during World War II; State fair: Each member of the Frakes family has their own reason for attending the Iowa State Fair such as winning contests and falling in love. Read Less

The Sound of Music. Libretto and Principal-Chorus Part (Comp...