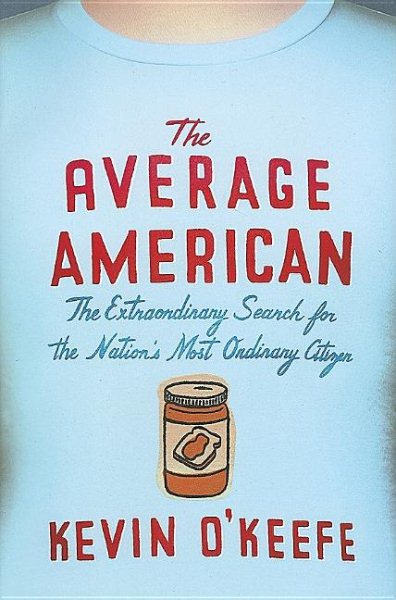 An intrepid author sets himself a remarkable task: to find the most perfectly average person in the nation. Read More
Send an e-card for The Average American! Click here. John Q Public. Plain Jane. The Average Joe. We think we know the type, but have we ever actually met the person? To be the perfectly average American is harder than it might seem: You must live within three miles of a McDonald's, and two miles of a public park; you must be better off financially than your parents, but earn no more than $75,000 a year; you must believe in God and the literal truth of the Bible, yet hold some views that traditional churches have deemed sacrilegious. Equipped with his trusty Mr. Q, a notebook that he has compiled with over 1,000 facts about the Average American, Kevin O'Keefe has completed a tour of America in search of the sublimely ordinary, the man or woman who represents most definitively all that is average in our country. In his travels from New York to Nevada, Pennsylvania to Hawaii, Kansas to Connecticut and beyond, O'Keefe talks business and pleasure with the proprietors of Average Joe and Jane Athletics, visits the polls on election day with the first candidate for the Average American party, bypasses both Peoria and Normal, Illinois (for, as he explains, they are not that normal), watches the magician Myklar the Ordinary wow the kids at a church in rural Maryland, and delivers a fascinating, often surprising, look into the history and culture of the common man and woman. At the end of the road he discovers that the Average American is, up close, rather extraordinary. Read Less

Goodreads reviews for The Average American: The Extraordinary Search for the Nation's Most Ordinary Citizen