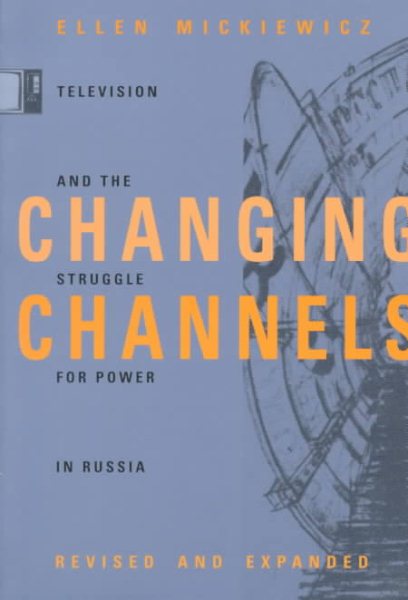 The role television has played, and continues to play, in Russia’s transition to democracy. Read More
New in paperbackRevised and expandedDuring the tumultuous 1990s, as Russia struggled to shed the trappings of the Soviet empire, television viewing emerged as an enormous influence on Russian life. The number of viewers who routinely watch the nightly news in Russia matches the number of Americans who tune in to the Super Bowl, thus making TV coverage the prized asset for which political leaders intensely—and sometimes violently—compete. In this revised and expanded edition of Changing Channels, Ellen Mickiewicz provides many fascinating insights, describing the knowing ways in which ordinary Russians watch the news, skeptically analyze information, and develop strategies for dealing with news bias. Covering the period from the state-controlled television broadcasts at the end of the Soviet Union through the attempted coup against Gorbachev, the war in Chechnya, the presidential election of 1996, and the economic collapse of 1998, Mickiewicz draws on firsthand research, public opinion surveys, and many interviews with key players, including Gorbachev himself. By examining the role that television has played in the struggle to create political pluralism in Russia, she reveals how this struggle is both helped and hindered by the barrage of information, advertisements, and media-created personalities that populate the airwaves. Perhaps most significantly, she shows how television has emerged as the sole emblem of legitimate authority and has provided a rare and much-needed connection from one area of this huge, crisis-laden country to the next. This new edition of Changing Channels will be valued by those interested in Russian studies, politics, media and communications, and cultural studies, as well as general readers who desire an up-to-date view of crucial developments in Russia at the end of the twentieth century. Read Less

Goodreads reviews for Changing Channels: Television and the Struggle for Power in Russia

The Future of Aerospace: Proceedings of a Symposium Held in...

By National Academy of Engineering