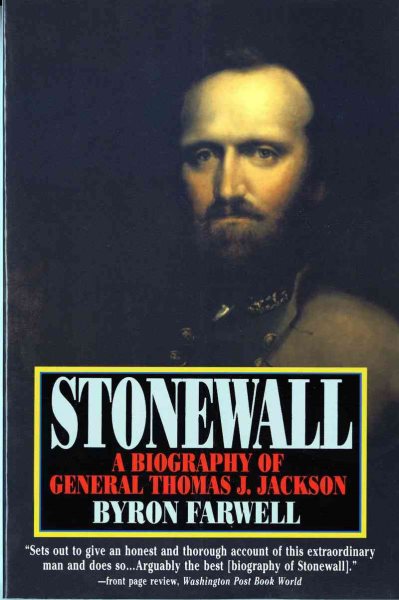 Washington Post Book World Read More
The charismatic Confederate general Stonewall Jackson, who began hismilitary career in the Mexican War, earned his great fame in the CivilWar in a series of brilliantly fought battles. He was given the name Stonewall at the First Battle of Bull Run, when his brigade faced overwhelming odds but held the line. Byron Farwell's engrossing narrative reveals Stonewall Jackson both as a military genius and as a quirky, dark personality radically different from the storybook version that grew up after Jackson's untimely death at Chancellorsville in 1863. Read Less

The Man Who Presumed: A Biography of Henry M. Stanley