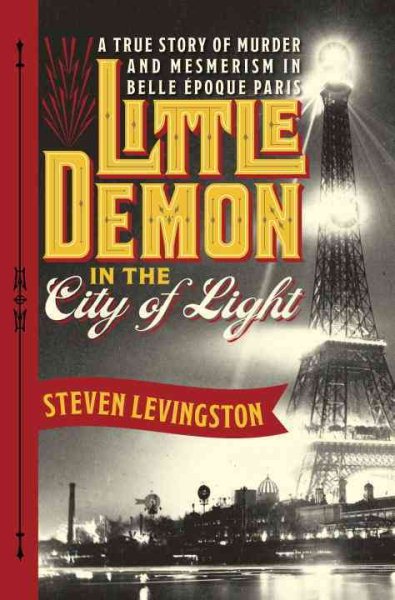 Documents the brutal 1889 murder of a lascivious court official by a ruthless con man and his pliant mistress, tracing the ensuing manhunt and sensational trial against period debates about whether someone could be hypnotically compelled to commit crimes. Read More
A delicious account of a murder most gallic—think CSI Paris meets Georges Simenon—whose lurid combination of sex, brutality, forensics, and hypnotism riveted first a nation and then the world.Little Demon in the City of Light is the thrilling—and so wonderfully French—story of a gruesome 1889 murder of a lascivious court official at the hands of a ruthless con man and his pliant mistress and the international manhunt, sensational trial, and an inquiry into the limits of hypnotic power that ensued.In France at the end of the nineteenth century a great debate raged over the question of whether someone could be hypnotically compelled to commit a crime in violation of his or her moral convictions. When Toussaint-Augustin Gouffé entered 3, rue Tronson du Coudray, he expected nothing but a delightful assignation with the comely young Gabrielle Bompard. Instead, he was murdered—hanged!—by her and her companion Michel Eyraud. The body was then stuffed in a trunk and dumped on a riverbank near Lyon.As the inquiry into the guilt or innocence of the woman the French tabloids dubbed the "Little Demon" escalated, the most respected minds in France debated whether Gabrielle Bompard was the pawn of her mesmerizing lover or simply a coldly calculating murderess. And, at the burning center of it all: Could hypnosis force people to commit crimes against their will? Read Less

Goodreads reviews for Little Demon in the City of Light: A True Story of Murder and Mesmerism in Belle Epoque Paris

Barack and Joe: The Making of an Extraordinary Partnership