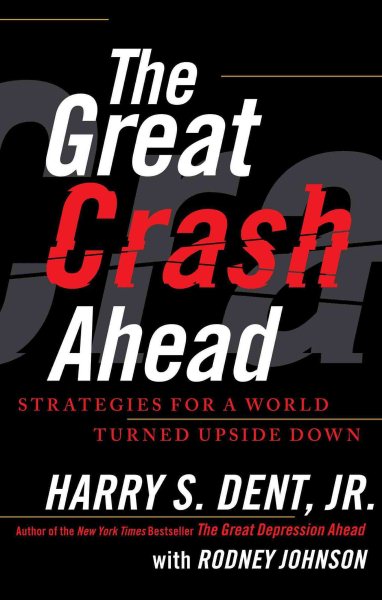 Making sobering predictions about a formidable and worsening economic decline for the next several years, the author of the best-selling The Great Depression Ahead critically analyzes leading economic practices while making recommendations for safeguarding one's prospects and profiting from significantly lower prices. 150,000 first printing. Read More
Now available in paperback, from the bestselling author of The Great Depression Ahead, a book that continues to show readers how to weather the storm in these tough economic times by cautioning against the misguided beliefs that lead to bad investment decisions.With incisive critical ana lysis and historical examples, The Great Crash Ahead lays bare the traditional assumptions of economics, outlining why the next financial crash and crisis is inevitable, and just around the corner— coming between mid-2012 and early 2015. Widely respected in the financial world for his accurate forecasts, Harry S. Dent, Jr., shows that the government doesn’t drive our economy, consumers and businesses do; that the Fed does not create most of the money in our economy, the private banking system does. This necessary and illuminating book gives very clear strategies for prospering in the challenging decade ahead . . . a world turned upside down. Read Less

Goodreads reviews for The Great Crash Ahead: Strategies for a World Turned Upside Down

The Demographic Cliff: How to Survive and Prosper During the...