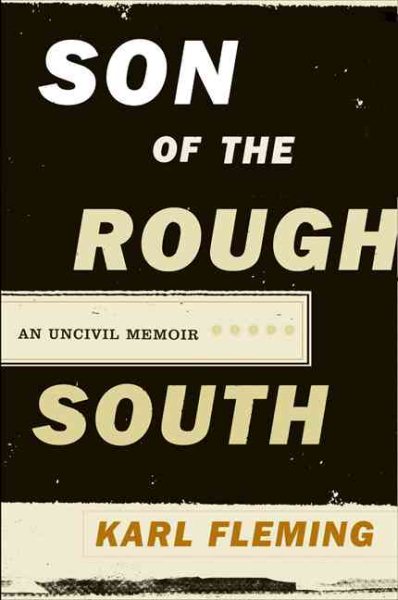 Fleming recounts his life, from its beginnings in an impoverished area of North Carolina through his work as a civil rights reporter and the aftermath of that work. He explains how his past as a bullied orphan made him an impassioned civil rights reporter and then an unwilling participant in the struggle after he was severely beaten and left for dead during the 1966 Watts riots. Annotation ©2004 Book News, Inc., Portland, OR (booknews.com) Read More
Legendary civil rights reporter Karl Fleming began his life in the flat, bleak, poverty-stricken tobacco landscape of Eastern North Carolina. Raised from age eight to seventeen in a tough, all-white Methodist orphanage, Fleming learned to survive bullying and to brawl among a pack of boys with nicknames like Snot-Eye, Cootie Roach, and Fatty Clark. He learned how to plow behind a mule, milk cows, hoe vegetables, and to adhere to the orphanage's strict code of conduct. Largely isolated from the world around him until he was introduced to racism and sex during his first newspaper job in the small town of Wilson, North Carolina, Fleming went on to become Newsweek magazine's chief civil rights reporter, covering all of the South's hot spots throughout the 1960s. He reported on James Meredith's enrollment at the University of Mississippi, Bull Connor's suppression of the 1963 Birmingham marches with fire hoses and dogs, the Birmingham church bombings, Alabama Governor George Wallace's schoolhouse door stand in Tuscaloosa, KKK rallies, the violence in Selma, the assassination of Medgar Evers, and the murders of three civil rights workers in Philadelphia, Mississippi. Fleming was beaten and almost killed on the streets of Watts, California, and was present when Martin Luther King, Jr. was laid to rest in Atlanta, Georgia.In Son of the Rough South, Fleming writes about how his past as a bullied orphan made him an impassioned civil rights reporter, and about how the demons of that same past nearly consumed him once that enormous story left many of its headlines behind. Read Less

Goodreads reviews for Son of the Rough South: An Uncivil Memoir

The history of the Maryland Chapter, Telephone Pioneers of A...

Global Challenge to the United States: A Study of the Proble...