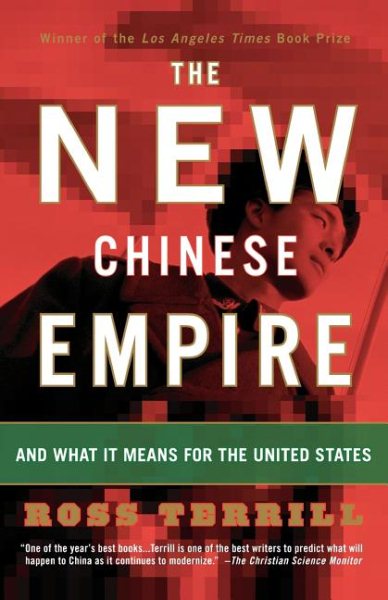 By looking at China's past, Terrill has provided an excellent road map for understanding its future.-BusinessWeek Read More
This past spring, the outbreak of SARS grabbed the attention of the world. The schizophrenic, paranoid way the Chinese government handled the outbreak perfectly illustrated the danger of a political system unaccountable to its citizens.In The New Chinese Empire, Ross Terrill assesses this government, and the central question it raises: Is the People's Republic of China, whose polity is a hybrid of Chinese tradition and Western Marxism, willing to become a modern nation-or does it insist on remaining an empire? Hanging in the balance are the prospect for freedom within China, the future of America's relations with China, and the security of China's neighbors.This enlightening book is a must-read for everyone doing business in China and all who have a stake in the future of the global world order. Read Less

Goodreads reviews for The New Chinese Empire: And What It Means For The United States

The New Chinese Empire: Bejing's Political Dilemma And What...

R. H. Tawney and His Times: Socialism as Fellowship