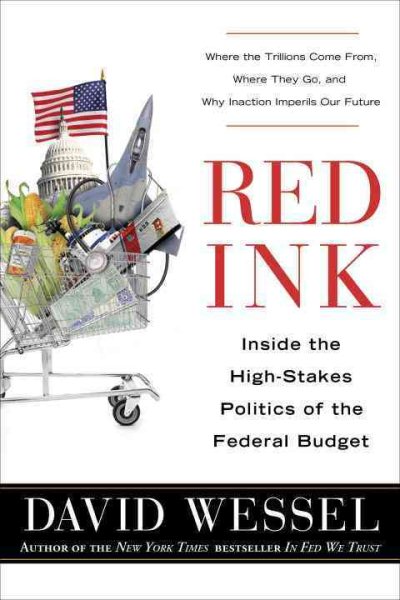 Presents a narrative analysis of the federal budget that reveals how funds were actually spent in 2011, evaluating the roles of such contributors as Jacob Lew, Douglas Elmendorf, and Pete Peterson. Read More
David Wessel, the Pulitzer-Prize-winning reporter, columnist, and bestselling author ofIn Fed We Trust, dissects the federal budget: a topic that is fiercely debated today in the halls of Congress and the media, and yet is misunderstood by the American public.Now a New York Times bestseller.In a sweeping narrative about the people and the politics behind the budget, Wessel looks at the 2011 fiscal year (which ended September 30) to see where all the money was actually spent, and why the budget process has grown wildly out of control. Through the eyes of key people--Jacob Lew, White House director of the Office of Management and Budget; Douglas Elmendorf, director of the Congressional Budget Office; Blackstone founder and former Commerce Secretary Pete Peterson; and more--Wessel gives readers an inside look at the making of our unsustainable budget. Read Less

Goodreads reviews for Red Ink: Inside the High-Stakes Politics of the Federal Budget

Red Ink: Inside the High-Stakes Politics of the Federal Budg...

In Fed We Trust: Ben Bernanke's War on the Great Panic

In FED We Trust: Ben Bernanke's War on the Great Panic