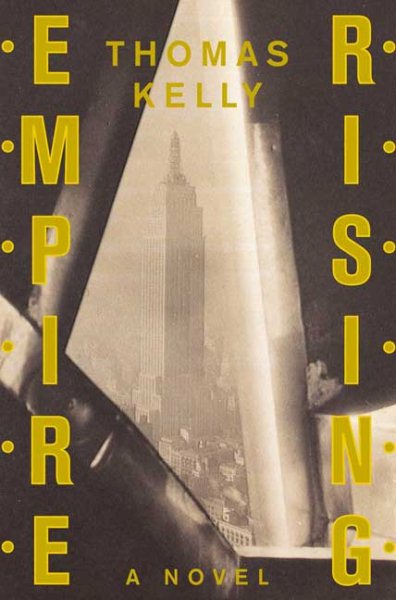 Follows the love story of an Irish immigrant and an artist told against the backdrop of the Great Depression and the construction of the Empire State Building. Read More
A hard-hitting urban thriller set during the construction of the Empire State Building.In Empire Rising Thomas Kelly tells a story of love and work, of intrigue and betrayal, with the storytelling verve that led one reviewer to dub him "Dostoevsky with a hard hat and lead pipe." As the novel opens, it is 1930, and ground has just been broken for the Empire State Building, which rises during the book as if heedless to the Depression that surrounds it. One of the thousands of men working high above the city is Michael Briody, an Irish immigrant torn between his desire to make a new life in America and his pledge to gather money and arms for the Irish republican cause. When he meets Grace Masterson, an alluring artist who is depicting the great skyscraper's rise from her houseboat on the East River, Briody's life suddenly turns exhilarating-and dangerous, for Grace is also a paramour of Johnny Farrell, Mayor Jimmy Walker's liaison with Tammany Hall and the underworld. Their story---an urban thriller which takes place both in the immigrant neighborhoods of the South Bronx and amidst the swanky nightlife of the "21" Club---is also a chronicle of the city's rough passage from a working-class enclave to a world-class metropolis, and a vivid re-imagining of the conflict that pitted the Tammany Hall political machine and its popular mayor, Jimmy Walker, against the boundlessly ambitious Franklin Delano Roosevelt. With Payback and The Rackets Thomas Kelly has shown himself to be a master of the urban thriller. In Empire Rising he takes his work to a new level: in his telling of the story of the people who built the "eighth wonder of the world," a legendary moment in New York history is brought thrillingly to life. Read Less

The Vatican Cookbook: Presented by the Pontifical Swiss Guar...