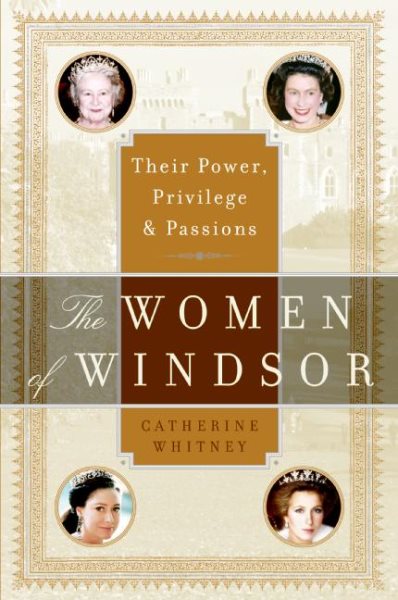 An engaging and candid portrait of four women who have transformed the past century of British history follows the lives of Queen Elizabeth II, Princess Margaret, Princess Anne, and the Queen Mother, revealing the complex personalities behind the public personas while addressing such questions as the role of women in a monarchy and the challenges of being a royal mother. Reprint. 20,000 first printing. Read More
Who are the women of Windsor? Queen Elizabeth: Born to duty, adored by her parents, she swore as a teenager to serve her country above all else . . . and she has lived up to her promise, even when her crown has been a burden.Elizabeth, the Queen Mother: Hitler was afraid of her, the English people adored her. Her kind, sparkling blue eyes and cheerful manner belied a backbone of steel. Princess Margaret: Beautiful, talented, vivacious, and complex, the Diana of her day. But the promise of her youth was destroyed when she was betrayed by her sister, now the queen, who needlessly forced her to give up the man she loved.Princess Anne: Hardworking, hard-headed, and hot-tempered, arguably the most intelligent of the queen's four children and her father's favorite&#8212yet she is forever forced to take second place to her older brother, Charles. Catherine Whitney takes readers behind the palace doors to give us an intimate glimpse into the private lives of the women of the British royal family&#8212four women who have shaped the world, each in her own way. Now, at last, their stories can be told. Read Less

Goodreads reviews for The Women of Windsor: Their Power, Privilege, and Passions

Blood Type A: Food, Beverage and Supplemental Lists from Eat...