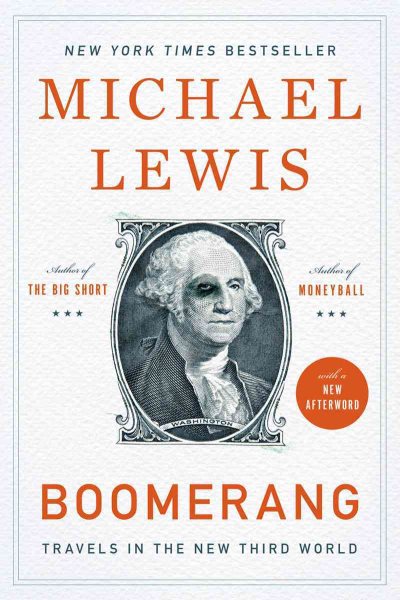 Presents the author's darkly humorous investigation of the effects of the 2008 financial bubble on other countries before taking aim at greedy debtors in California and Washington, D.C. Read More
As Pogo once said, "We have met the enemy and he is us." In this book the author offers a scathing assessment of fiscal blunders in foreign lands, and details how economic repercussions are sure to be felt on American soil. Financial bubbles grew and burst, not only in the U.S. but in countries as diverse as Iceland, Germany, and Greece. Mixing humor with prescient insight, he depicts a precarious situation that demands attention. The tsunami of cheap credit that rolled across the planet between 2002 and2008 was more than a simple financial phenomenon: it was temptation, offering entire societies the chance to reveal aspects of their characters they could not normally afford to indulge. Icelanders wanted to stop fishing and become investment bankers. The Greeks wanted to turn their country into a piänata stuffed with cash and allow as many citizens as possible to take a whack at it. The Germans wanted to be even more German; the Irish wanted to stop being Irish. This investigation of bubbles beyond our shores is so sadly hilarious that it leads the American reader to a comfortable complacency: oh, those foolish foreigners. But when he turns a merciless eye on California and Washington, D.C., we see that the narrative is a trap baited with humor, and we understand the reckoning that awaits the greatest and greediest of debtor nations. - Publisher. Read Less

Goodreads reviews for Boomerang: Travels in the New Third World

The Films Of Harrison Ford

The Premonition: A Pandemic Story