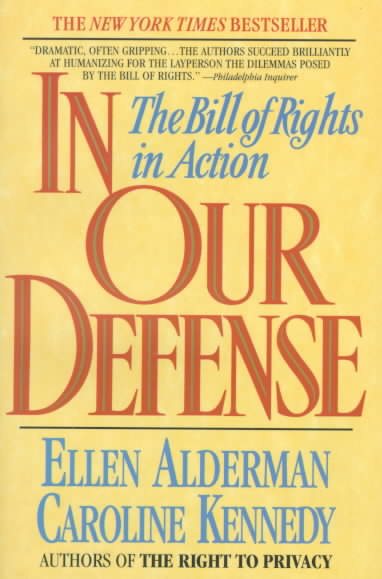 Examines the first ten amendments to the United States Constitution through cases that have challenged and interpreted them Read More
We The PeopleThe Bill of Rights defines and defends the freedoms we enjoy as Americans -- from the right to bear arms to the right to a civil jury. Using the dramatic true stories of people whose lives have been deeply affected by such issues as the death penalty and the right to privacy, attorneys Ellen Alderman and Caroline Kennedy reveal how the majestic principles of the Bill of Rights have taken shape in the lives of ordinary people, as well as the historic and legal significance of each amendment. In doing so, they shed brilliant new light on this visionary document, which remains as vital and as controversial today as it was when a great nation was newly born. Read Less

Goodreads reviews for In Our Defense: The Bill of Rights in Action

Poems to Learn by Heart

In Our Defense: The Bill of Rights in Action