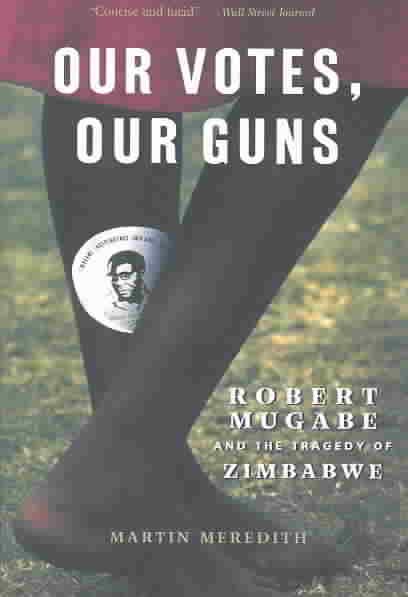 This is a paperbound edition of a 2002 book about which Book News wrote: A study in the decline of national idealism, this book tells of the current period of Zimbabwe's history, from decolonization and the civil war in Rhodesia to the murder of white farmers prior to the 2002 national election. Much of the story focuses on the life of one man Robert Mugabe who came to power in 1980, led the country through a long period of economic and social development, and became increasingly autocratic and corrupt in the process. Meredith is a former African correspondent for the London Observer and the Sunday Times . Annotation (c) Book News, Inc., Portland, OR (booknews.com) Read More
Robert Mugabe came to power in 1980 after a long civil war in Rhodesia. The white minority government had become an international outcast in refusing to give in to the inevitability of black majority rule. Finally the defiant white prime minister Ian Smith was forced to step down and Mugabe was elected president of a country now called Zimbabwe. Initially hopes were high that he had the intelligence, political savvy and idealistic vision to help repair the damage done by colonialism and the bitter civil war, and to lead his country's economic and social development. He was admired throughout the world as one of the leaders of the emerging nations and as a model for a good transition from colonial leadership. But month by month, year by year, Mugabe became increasingly autocratic; his methods increasingly violent. In recent years he has unleashed a reign of terror and corruption in his country. Like the Congo, Angola, Rwanda, Sierra Leone and Liberia, Zimbabwe has been on a steady slide to disaster. What happened in Zimbabwe? Now for the first time the whole story is told in detail by an expert. It is a riveting and tragic political story, a morality tale, and an essential text for understanding today's Africa. Read Less

Goodreads reviews for Our Votes, Our Guns: Robert Mugabe And The Tragedy Of Zimbabwe

The Fate of Africa: From the Hopes of Freedom to the Heart o...

The Fate of Africa: A History of the Continent Since Indepen...

Diamonds, Gold, and War: The British, the Boers, and the Mak...