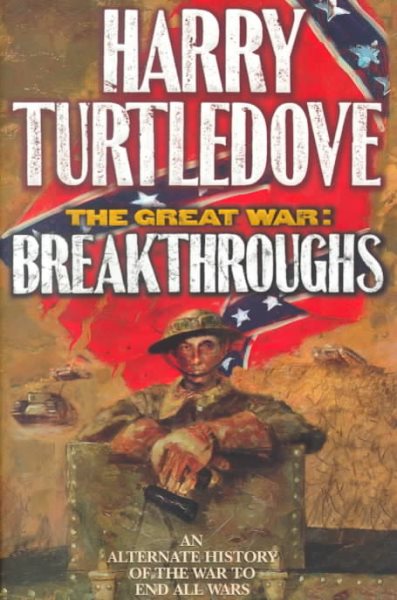 During World War I, the United States of America and the Confederate States of America find themselves on opposite sides of the conflict, a situation that becomes further complicated by a Marxist slave revolt in the South. Read More
Is it the war to end all wars - or war without end? What began as a conflict in Europe, when Germany unleashed a lightning assault on its enemies, soon spread to North America, as a long-simmering hatred between two independent nations explodes. Twice in fifty years the Confederate States of America has humiliated their northern neighbor. Now revenge may at last be at hand.Under the leadership of Teddy Roosevelt, and following a general named Custer - military genius or madman? - the United States are fighting a war on two fronts in 1917. In the north, from the Pacific to Quebec, U.S. forces in the air and on land are locked in battle against Canada and Great Britain. To the south, at the heart of a line that stretches from the Gulf of California to the Atlantic, Custer intends to do what none of his predecessors had ever managed: to smash through the Confederate barbwire entrenchments in Tennessee.Here are leather-jacketed daredevil pilots flying unproved fighters into anti-aircraft fire. Here is a melee on the sea, as U.S. sailors duel Confederate submariners, while the English, French, and Japanese surface navies vie for control of the shipping lanes. In Harry Turtledove's incredibly imagined alternate history, the Great War is played out over a cast of vivid characters. Amid the sound and fury of battle, as nonaligned nation-states choose sides and politicians spew bombast far from the front lines, The Great War: Breakthroughs captures a world war at an apocalyptic turning point. Victory is at hand - but at a price that may be worse than war itself. Read Less