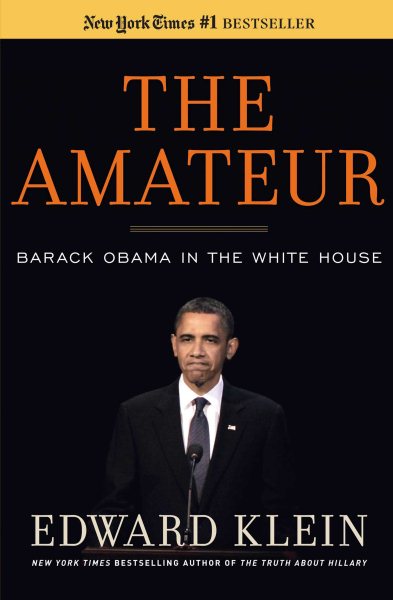 Argues that President Obama is arrogant and incompetent and discusses how his wife wields immense control over him, the real reason Rahm Emmanuel left the White House and much more. Read More
Think you know the real Barack Obama? You don’t&#151;not until you’ve read The AmateurIn this stunning exposé, bestselling author Edward Klein&#151;a contributing editor to Vanity Fair, former foreign editor of Newsweek, and former editor-in-chief of the New York Times Magazine&#151;pulls back the curtain on one of the most secretive White Houses in history. He reveals a callow, thin-skinned, arrogant president with messianic dreams of grandeur supported by a cast of true-believers, all of them united by leftist politics and an amateurish understanding of executive leadership.In The Amateur you’ll discover:Why the so-called &#147;centrist” Obama is actually in revolt against the values of the society he was elected to leadWhy Bill Clinton loathes Barack Obama and tried to get Hillary to run against him in 2012The spiteful rivalry between Michelle Obama and Oprah WinfreyHow Obama split the Kennedy familyHow Obama has taken more of a personal role in making foreign policy than any president since Richard Nixon&#151;with disastrous resultsHow Michelle Obama and Valerie Jarrett are the real powers behind the White House throneThe Amateur is a reporter’s book, buttressed by nearly 200 interviews, many of them with the insiders who know Obama best. The result is the most important political book of the year. You will never look at Barack Obama the same way again. Read Less

Goodreads reviews for The Amateur

All Out War: The Plot to Destroy Trump

UNLIKEABLE: The Problem with Hillary