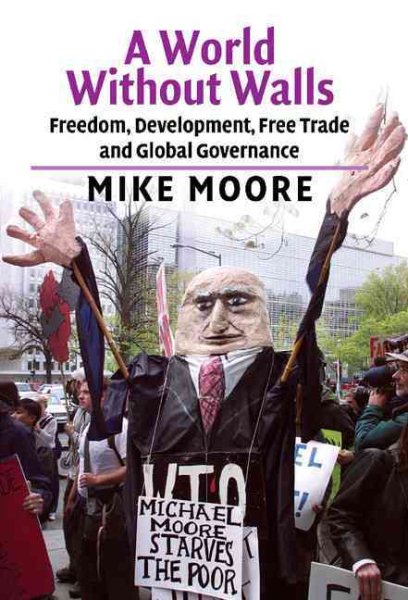 Mike Moore's insight as Director-General of the World Trade Organization contributes to the globalization debate. Read More
Mike Moore's reflection on his time as Director-General of the World Trade Organization is an important addition to the great globalization debate. Moore explains how a boy who left school at fifteen to work in a slaughterhouse came to head an organization charged with bringing rules and order to the world's trading system. He explains the thinking behind his reforms which helped the WTO move on from the debacle of Seattle to the successful Doha meeting and offers a robust and passionate defense of the principles of free trade. Mike Moore, a former Prime Minister of New Zealand, has enjoyed a long and distinguished career in politics. As Minister of Overseas Trade and Marketing, he led trade missions to Australia, Japan, China, India, Pakistan and Turkey. Subsequently he has served as Minister of Foreign Affairs and, until August, 2002, as Director General of the World Trade Organization. Moore has long been an active participant in international discussions on trade liberalization and has received numerous awards, including the New Zealand 1990 Commemoration Medal and New Zealand's highest honor, the Order of New Zealand. He lives in Geneva. Read Less

A World without Walls: Freedom, Development, Free Trade and...