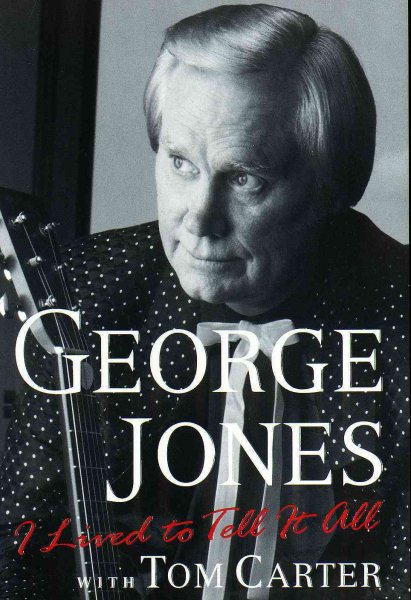 In an account of his life and career, the country music superstar describes his turbulent, hard-living, hard-luck world, from his early east Texas recordings, through his troubled relationships and alcoholism, to his current acclaim Read More
In I Lived to Tell It All, George Jones opens up and writes candidly and intimately about his failures and successes, his losses and loves. In this no-holds-barred account Jones admits how alcohol once ruled his life and performances (it wasn't for nothing that he was called "No Show Jones"); he confesses to a violent streak that ruined all too many friendships and relationships; and he details how he could always make a buck but never hold on to one. And he explains, in the most poignant, moving terms, how the love of a good woman can change a man, redeem him, and save his life. From his impoverished early years in East Texas and his hardscrabble first recordings, through his growing fame and volatile marriage to Tammy Wynette, to his latest acclaim as a clean-living, solid, "high-tech redneck," I Lived to Tell It All is George Jones - the good news, the bad news, and the just plain fun. Read Less

Goodreads reviews for I Lived to Tell It All