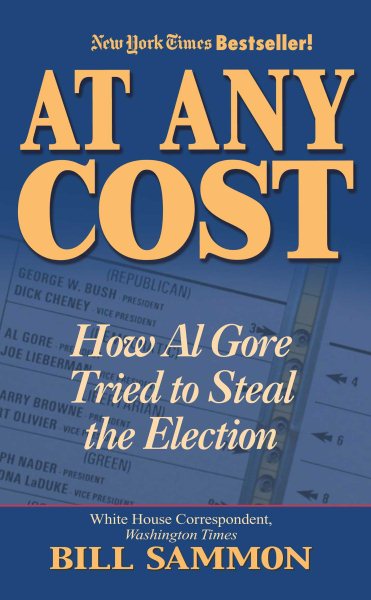 Describes Al Gore's efforts to overturn the results of the 2000 presidential election, including his attempts to toss military ballots and his campaign against Florida attorney general Katherine Harris. Read More
Drawing on exhaustive, on-the-scene reporting and exclusive interviews with the key players - including President George W. Bush and Vice President Richard B. Cheney - Washington Times reported Bill Sammon has written the definitive account of the most contentious presidential election in U.S. history. Read Less

Goodreads reviews for At Any Cost: How Al Gore Tried to Steal the Election

Fighting Back: The War on Terrorism from Inside the Bush Whi...