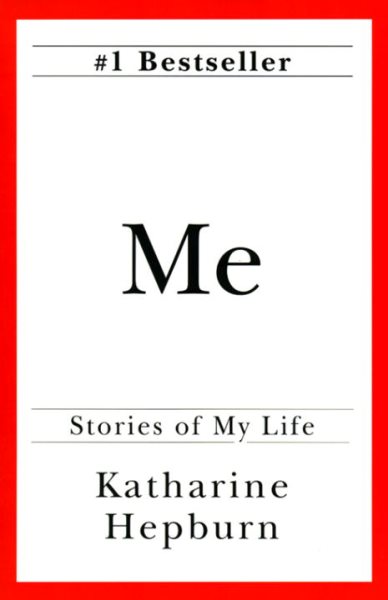 Photographs from Hepburn's personal collection highlight the candid memoirs of the life, long career, friendships, and loves of the legendary Hollywood actress. Read More
A NEW YORK TIMES Notable Book of the Year “In her book about her life, Miss Hepburn insists that that woman in the movies was not her at all. ‘I’m not going to hide behind you anymore,’ she says. ‘Who are you anyway? You're not me.’ Sure she is. The woman in the book is cocky, fearless, smart, capable, and human, on screen and off.”—Anna Quindlen, The New York TimesAdmired and beloved by movie audiences for more than sixty years, four-time Academy Award winner Katharine Hepburn is an American classic and an extraordinary, enduring presence on the international cultural scene. Yet her private life has been obscured by mystery. Now Miss Hepburn breaks her long-kept silence in this absorbing and provocative memoir.With characteristic gusto and candor, Katharine Hepburn reflects on the events, people, and places that have shaped her life—her childhood and family, her early days in New York, and her experiences with political activism. She talks about the ups and downs of her career, her long friendship with Spencer Tracy, and of course, her close collaborations with several of the leading actors, directors, and producers of the past half century. Illustrated with 165 photographs from family archives, many of which have never been published, it is an unforgettable portrait of Katharine Hepburn as we have not seen her before.“It is the understanding heart revealed just before the final curtain that makes us fall in love with Katharine Hepburn.”—The New York Times Book Review Read Less

Goodreads reviews for Me: Stories of My Life