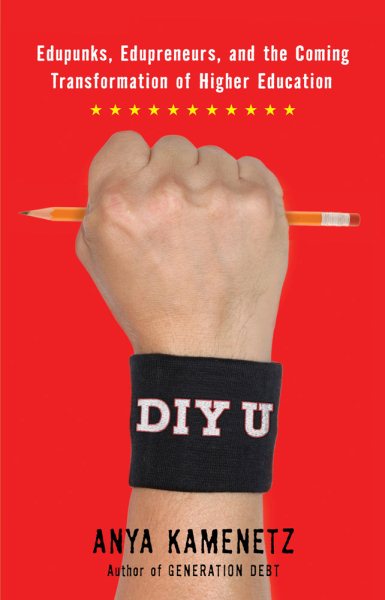 Looks at the current higher education system in the United States and offers a resource guide to help map out one's learning path through formal, open, and independent study. Read More
The price of college tuition has increased more than any other major good or service for the last twenty years. Nine out of ten American high school seniors aspire to go to college, yet the United States has fallen from world leader to only the tenth most educated nation. Almost half of college students don't graduate; those who do have unprecedented levels of federal and private student loan debt, which constitutes a credit bubble similar to the mortgage crisis.The system particularly fails the first-generation, the low-income, and students of color who predominate in coming generations. What we need to know is changing more quickly than ever, and a rising tide of information threatens to swamp knowledge and wisdom. America cannot regain its economic and cultural leadership with an increasingly ignorant population. Our choice is clear: Radically change the way higher education is delivered, or resign ourselves to never having enough of it.The roots of the words "university" and "college" both mean community. In the age of constant connectedness and social media, it's time for the monolithic, millennium-old, ivy-covered walls to undergo a phase change into something much lighter, more permeable, and fluid.The future lies in personal learning networks and paths, learning that blends experiential and digital approaches, and free and open-source educational models. Increasingly, you will decide what, when, where, and with whom you want to learn, and you will learn by doing. The university is the cathedral of modernity and rationality, and with our whole civilization in crisis, we are poised on the brink of Reformation. Read Less

Goodreads reviews for DIY U: Edupunks, Edupreneurs, and the Coming Transformation of Higher Education

The Art of Screen Time: How Your Family Can Balance Digital...

The Test: Why Our Schools are Obsessed with Standardized Tes...