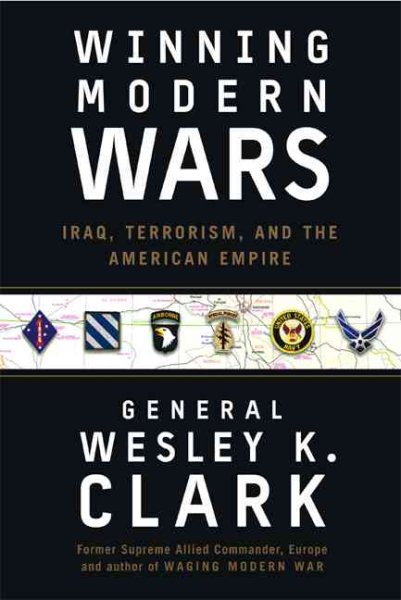 Discusses America's involvement in Iraq, including the risks, triumphs, and repercussions, and offers alternatives to future dealings with Iraq and the War on Terrorism. Read More
General Clark criticizes George W. Bush's handling of the American Empire, especially as it concerns the War in Iraq. He argues that the war was conducted with brilliant tactics but flawed strategy and that vital opportunities to go after Al Qaeda were missed. Larger questions of Empire are discussed in concluding chapters, with Clark arguing that the "very idea of a New American Empire in 2003 shows an ignorance of the real and existing virtual empire created since the end of World War II" and calling for a "more powerful but less arrogant" foreign policy. Annotation (c) Book News, Inc., Portland, OR (booknews.com) Read Less