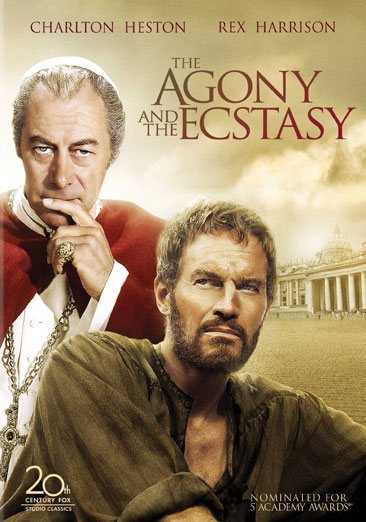 A conflicted relationship ensues between Pope Julius II & the commissioned artist Michelangelo during the painting of the ceiling of the Sistine Chapel. Read More
Charlton Heston and Rex Harrison portray two of the Renaissance's most colorful figures in this historical drama based on Irving Stone's best-seller set in the early 16th century. When Pope Julius ll (Harrison) commissions Michelangelo (Heston) to paint the ceiling of the Sistine Chapel, the artist initially refuses. Virtually forced to do the job by Julius, he later destroys his own work and flees to Rome. Eventually resumed, the project becomes a battle of wills fueled by artistic and temperamental differences that form the core of this movie. Read Less