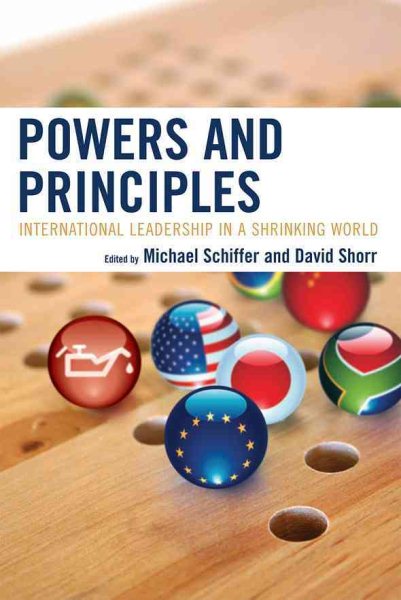 This collection examines some of the classic questions of international relations_the role of interests, ideals, power balances, and norms in determining the actions of nations_though the lens of a set of powerful countries. Given the writers' expertise in these regions of the world, Powers and Principles also offers insight into the foreign policies of the nations that will shape the twenty-first century world. Read More
What if the major global and regional powers of todayOs world came into closer alignment to build a stronger international community and shared approaches to twenty-first century threats and challenges? The Stanley Foundation posed that question to thirty-three top foreign policy analysts in Powers and Principles: International Leadership in a Shrinking World. Contributing writers were asked to describe the paths that nine powerful nations, a regional union of twenty-seven states, and a multinational corporation could take as constructive stakeholders in a strengthened rules-based international order. Each chapter is an assessment of what is politically possible (and impossible)_with a description of the associated pressures and reference to the countryOs geostrategic position, economy, society, history, and political system and culture. To provide a perspective from the inside and counterweight, each essay is accompanied by a critical reaction by a prominent analyst commentator from the given country. Powers and Principles is aimed at both reflective practitioners of policy and policy-relevant scholars. Read Less

Goodreads reviews for Powers and Principles: International Leadership in a Shrinking World